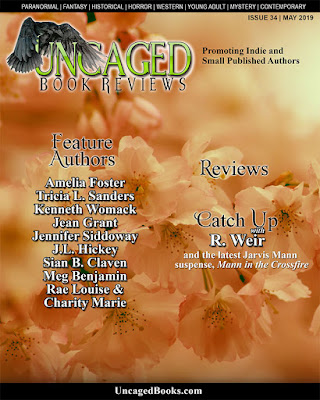 Uncaged: Your latest book, Metas, was released in April. Can you tell readers more about your books?

I write within the horror genre and have been doing so as a hobby since I was a child. It’s something that I knew I had to pursue, and to be here promoting my second book makes all of those long, lonely years worth it. So, thanks for having me!

My debut novel, The Fear, is a paranormal horror depicting the tale of an extreme haunting. Following this, I had the opportunity to work as co-author/editor on C. Derick Miller’s non-fiction novel, Diary of a Gonzo Ghost Hunter. My most recent release, Metas, is more of a creature feature and delves into some light sci-fi. I’m all about strong female leads, and two of my favourite films for that are The Descent and Ginger Snaps. They put modern spins on old classics and I use that as inspiration for all of my writing.

Uncaged: What are you working on next that you can share with us?

A story that I originally wrote in my teens and have been adapting for the adult market. It’s one of several that I aim to work on over the coming years and has many psychological elements to it, which is a sub-genre of horror that I have yet to explore.

Sammy returns to her hometown after suffering from a mental breakdown, which revealed a harrowing secret from her past; but her mind isn’t the only thing playing games with her. The mysterious lodger in her parents’ barn has a fixation with Sammy that soon becomes fatal.

Uncaged: In your spare time, you like to work with disabled animals, a cause that is near and dear to me also. Can you tell us about any of that?

Oh, that’s a book in itself! I’ve always found animals very healing to be around, and they really are a joy to care for. It began when my first rabbit developed neurological problems and gradually lost the use of his hind legs. Shortly after that, my degu had multiple strokes that left him with a head tilt and he spent most of his time running around in circles. My second rabbit had a dodgy bladder with recurring infections that became life threatening. It cost a small fortune in homemade vegetable smoothies to keep him hydrated and healthy!

I only have one fur baby left, who conveniently has thin bones and is prone to losing teeth. Somehow, I always end up with these animals and it’s a miracle how long they all lived with their various ailments. It’s kind of inspiring, how strong they are. I take a lot from that, and all I can say is what a rewarding process it is to see the little things thrive.

Uncaged: Past or present, which authors would you love to sit and have lunch with and why?

James Herbert… because he’s James Herbert! I’d have to get my Ouija board out, but I’m certain he wouldn’t mind. Together with Godfather of Gore, Shaun Hutson, who has the sickest sense of humour. These British classics started me off reading horror and have become very inspirational to me and many others over the years. Respect and gratitude to both.

... Read the full article on page 66 of Uncaged Book Reviews

Popular posts from this blog

Metas is available to review via Netgalley until 29/11/2019. Whether you're an Amazon reviewer, Goodreads member or blog/website owner - all platforms welcome!

'Though not a classic ‘werewolf’ story, Metas is the reinvention of the struggle to contain and harness the animal within. An urban tale of heightened senses, mysterious groups hellbent on eradicating the problem, and a hunger that cannot be denied. Through broken friendships, stifled lovers, and secrets that would drive anyone insane, Louise brings the reader on a roller-coaster ride through the life of protagonist Violet.

Violet is not a perfect hero – she gets her hands dirty on numerous occasions, a morally conflicted woman who was never given the tools to make the right decisions. She may be the least ‘human’ of all the characters in the book but she certainly has the complicated emotions and motivations of a human. She can be brave, cowardly, kind to strangers, mean to those she loves, secretive and ir…
Read more 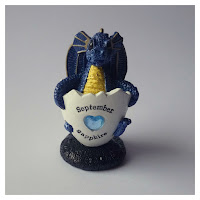 Just in time for September, cute baby dragon with a sapphire birthstone. Perfect gift for virgos and libras. Only £10.50 this month!
Visit Etsy for more custom designs.

T'IS THE SEASON TO BE SPOOKY 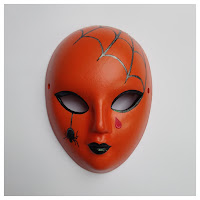 Throughout the month of October, all orders come with a free hand-painted MDF glitter skull. Keep an eyeball out for Halloween week when custom figurines will be subject to a 10% discount.

Rae Louise is a horror author and artist born in Staffordshire, UK. 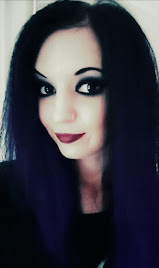